Rick Hogg is the owner of War HOGG Tactical, Inc. and is a 29 year US Army Special Operation Combat Veteran that has taken his 13 combat deployment, both Iraq and Afghanistan, and teaching experience as a Special Forces Advanced Urban Combat instructor and harnessed them into a proven training methodology service company, War HOGG Tactical, Inc.

Jared Reston has been a law enforcement officer with the Jacksonville Sheriff’s Office since 2001 and has been an active member of S.W.A.T. since 2004. Jared is currently assigned as a Detective in the Department of Homeland Security/Gang Investigations Unit, and he is the assistant team leader and lead firearms instructor for the SWAT team. Jared has been involved in the successful resolution of over one thousand S.W.A.T. missions, including several lethal force incidents.

Jared has had the opportunity to train with, and be trained by, some of the finest firearms and tactics instructors in the country. His goal is to use his training and experience to give Armed Professionals the tools to successfully resolve their own critical incidents.

John Lovell is a credentialed full-time tactics, firearms, and NRA instructor. He teaches over 20 different classes including night vision, low light tactics, room clearing, defensive pistol courses, defensive carbine/rifle courses, home defense, NRA classes, and more. John is a war veteran and a former member of Special Operations, having served in the 2nd Ranger Battalion with numerous combat tours to both Iraq and Afghanistan. His overseas experience also includes having served as a missionary to Central America for four years. John received a B.A. in Business and is more than an instructor, he is also a student of war, philosophy, theology, and history. When he is not teaching, training, or spending time with his family, you will likely find him reading.

During his 14-year law enforcement career, Lewis Frost has acquired a wide array of specialized armed service and tactical training. His career has spanned several disciplines within law enforcement to include Patrol, Training Officer, Detective, Special Weapons and Tactics (SWAT) Operator, and Sniper. In his 12 years as a member of the Special Weapons and Tactics (SWAT) unit, Lewis has served as an entry team operator and is currently the Sniper Team Leader.

Tim spent just shy of 24 years in the US Army. Starting off in the 82nd Airborne Division, Tim quickly made the transition to Special Forces. After serving a number of years in the 7th Special Forces Group, Tim spent time as an instructor at the USAJFKSWCS teaching Green Berets. Tim spent just under two years in one of our military’s Special Mission Units, and then returned to 7th SFG where he served for the remainder of his career. Tim saw combat operations in Haiti, Colombia, and Iraq,

Chase began his law enforcement career in 1992. During his 25 year career, he served in various units and fields of the profession. Early on he was tasked with providing training for his department during in-service training. During this time Chase was assigned to the Housing Authority which was a unit responsible for patrolling public housing. The unit was awarded numerous citations for its programs and initiative. The unit worked closely with the Narcotics unit by enforcing street-level narcotics activity and serving search and arrest warrants. After that Chase served as a detective in the Robbery/Homicide Unit. As his career progressed he began providing training to outside agencies and military personnel. During this time Chase was instrumental in creating and implementing the Tactical Unit in his department where he served as the assistant team leader and one of the training officers. Chase assisted other departments with their training and standing up tactical units.

Craig Douglas (a/k/a “SouthNarc”) is the founder of ShivWorks, a consortium of like-minded professionals devoted to training and product development in the emerging field of interdisciplinary problem-solving for self-defense. Craig retired from law enforcement after 21 years of service with the bulk of his career spent in narcotics and SWAT. Since 2003, Craig has been teaching globally under the ShivWorks brand and has conducted coursework on entangled shooting skills in nearly 40 states and nine foreign countries. He has taught for federal, state, and local law enforcement agencies, and to three branches of the U.S. military.

Michael Green served over 15 years in Special Forces, including three years as an Assaulter in a CINC’s In-extremis Force (CIF), focused on Direct Action & Counter-Terrorism missions. He also served as an instructor for the Special Forces Advanced Urban Combat (SFAUC) Course where he taught Advanced Marksmanship and Close Quarters Combat (CQC) training courses. Michael has been teaching tactical firearms since 1992 and holds a Master classification in IDPA and USPSA. He has Instructor ratings from multiple organizations including the NRA, the Federal Law Enforcement Training Center, and the US Army. After leaving the military, Michael spent several years on numerous overseas US Government contracts.

He has trained civilians, Special Operations, military and law enforcement units in the US and throughout the world.

Tatiana Whitlock is a professional firearms safety educator, hunter, and outdoors enthusiast residing in the majestic state of Maine. Tatiana works with men, women & youth to establish a real-world foundation of firearm skills, safety and situational awareness. A lifelong interest in martial arts resulted in the inevitable introduction to firearms as a means of self and home protection. As a mother of two, Tatiana takes the safety of her family seriously and knows that in a worst-case scenario the first responder on the scene is her.  The training that she offers brings participants’ mindsets out of the square range and into the context of daily life. Tatiana is an NRA BPI, RSO and Refuse to Be a Victim instructor in addition to being a featured host & instructor on Trigger Time TV airing on the Pursuits Channel. 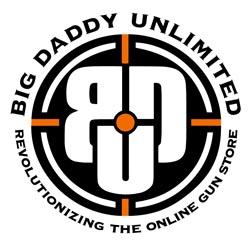